A new major release of TaskAdapter is in the works. It will be released as version 3 and it will have the following highly requested changes:

1. Transfer any fields, including custom ones

The current production version of TaskAdapter (2.x) supports a limited set of fields with a pre-defined mapping schema, which can only be tweaked for a few Microsoft Project-specific fields. There is some rudimentary support for custom fields when saving tasks to JIRA, but that is it.

The new version will allow using any field, including custom ones. 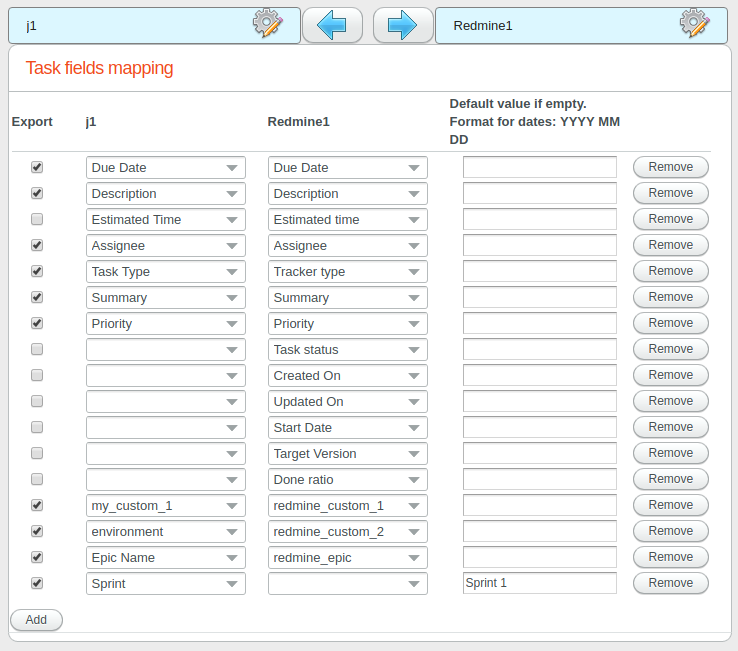 Initial focus is on Atlassian JIRA with most common field types at first, like “multi-values labels” and such. Next versions will add support for other systems and custom field types.

2. Map any field to any field

The current TaskAdapter 2.x can only transfer data between a set of known fields. E.g. its mapping between “Description” in JIRA and “Notes” in Microsoft Project is set in stone and can only be skipped but not edited: 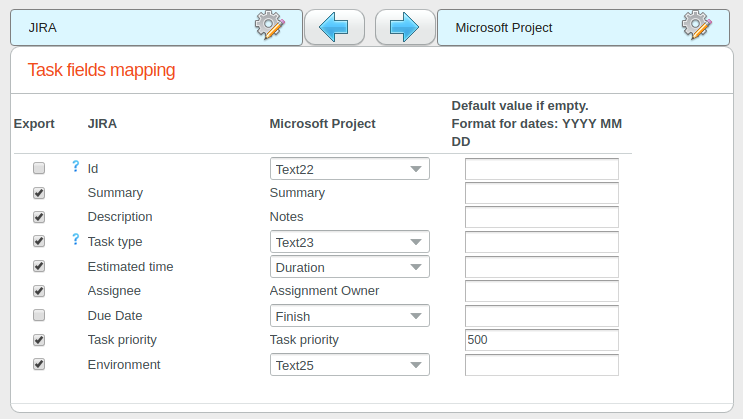 With TaskAdapter 3 you can map “Description” in JIRA to any field in your other system - e.g. to “Notes” in Microsoft Project or to “my_custom_field” in your Basecamp installation. 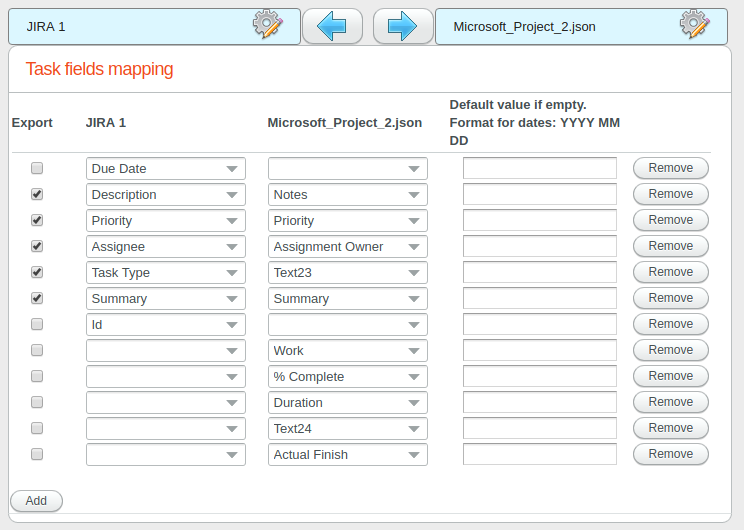 Any number of mapping rows is possible, including duplicates. You want to map the same field S1 to both fields T1 and T2 in the target system? That is possible too.

For now it is up to the user to make sure field mappings make sense. The current prototype only performs a few sanity checks. Next versions will generate better mapping suggestions for new synchronization configs.

When you have a required custom field X in your JIRA (say, “environment”) and you don’t have a corresponding field in your Redmine server, you can set “environment” as the JIRA field and omit setting field for the second system (Redmine in this example), while providing a default value instead - e.g. “Windows”. This way “Windows” will be set as “environment” when creating tasks in JIRA (since there is no such field/concept in your other system).

The same default value can also be used if this field does exist in your other system, but it is empty in the task currently being processed.

Two-way update between task management systems is now possible. E.g. you can load tasks from Redmine, save them to JIRA, then later reload their current state from Redmine and send updates to JIRA.

This is not included in the current dev build. Will be added soon.

A dev build is available to gather early feedback. It is fairly functional but is not recommended for production usage until at least a beta version is released.

These issues will be addressed soon:

See these new release notes since this blog post was first published: